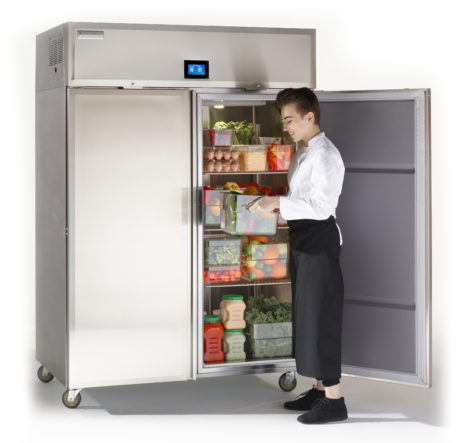 Reach in refrigerator with the capability of maintaining between -5˚F and 0˚F in heavy use food service operations. 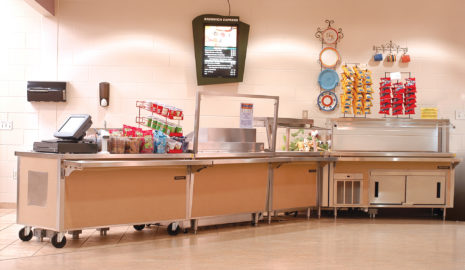 The Delfield Company was founded in a small building on Detroit’s east side in 1949 by Paul DeLorenzo and Thomas Springfield. The company name was derived from the “Del” in DeLorenzo and the “field” in Springfield.

In early 1969, a second manufacturing plant was opened in Cadillac, Michigan. About the same time, Springfield sold his portion of the business to DeLorenzo, and the company was acquired by Clark Equipment.

In 1971, a Mt. Pleasant, Michigan plant was opened and the general offices were relocated from Detroit to Mt. Pleasant.
The Detroit location was closed in 1974, and in 1976 Delfield was purchased by Alco Standard Corporation.
In 1985, the Cadillac, Michigan plant was closed and a new plant was opened in Covington, Tennessee.
In August of 1990, Alco announced the divestiture of their foodservice companies, and The Delfield Company was purchased by members of the Delfield management team and an investor group led by Onex Corporation and The Diggs Group.
Four years later, in May of 1994, The Delfield Company was acquired by Scotsman Industries.
In August of 1999 Delfield became part of the Welbilt Group of Companies through the acquisition of Scotsman Industries by Berisford PLC.
June 2000, Berisford changed its name to Enodis PLC and currently remains a leader in the foodservice equipment industry.
Today, Delfield is one of the largest custom stainless steel refrigeration equipment manufacturers in the world, with sales totaling over $100 million.

Request a Demo or Quote

Schedule a Demo Request a Quote
We use cookies to ensure that we give you the best experience on our website. If you continue to use this site we will assume that you are happy with it.Ok